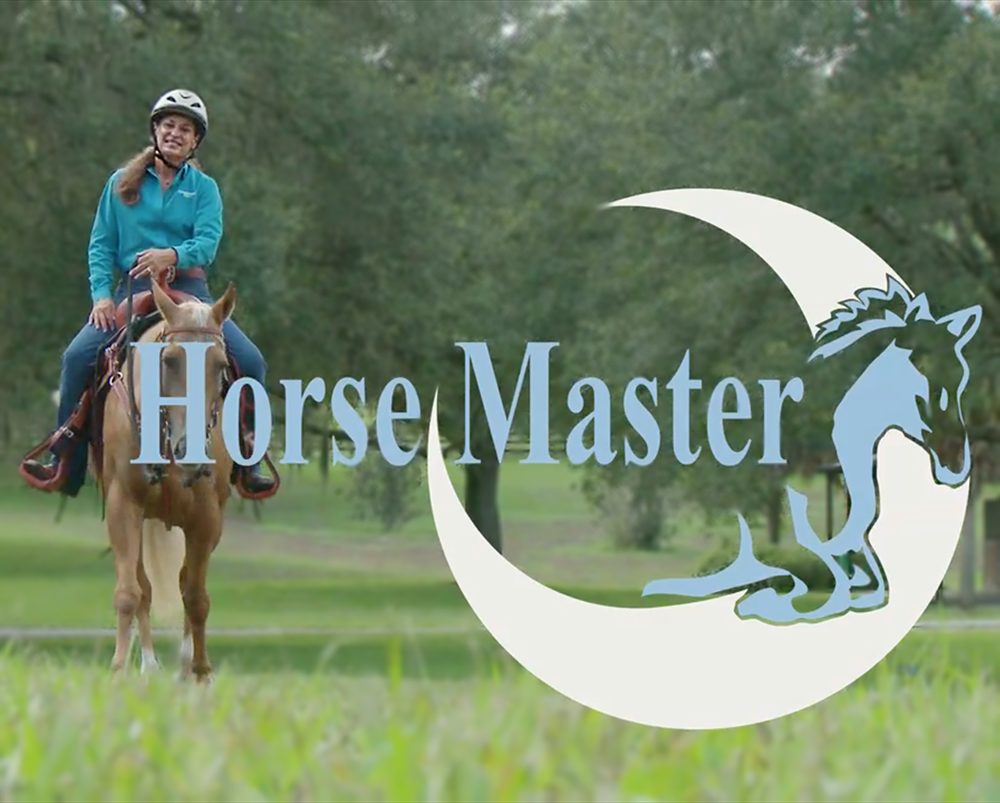 After 11 years of producing the TV show, Horse Master with Julie Goodnight, and 260 episodes featuring a different horse and rider, I made the decision to end the series. Eleven years is a long run for a TV show—by any standards—and it was important for me to go out while we were still on top and time to move onto other projects. Although I will miss the Horse Master crew, the shoots, the horses and the people we met along the way, I am quite proud of the body of work we amassed.

Each year, from 2008 to 2018, we produced 24 half-hour episodes of Horse Master. We conducted three shoots each year, at various locations around the USA. We recruited horse owners from that region, with challenges they wished to resolve. Except for our very first shoot, we always had way more applicants than spots on the show. It was always a difficult task to pick cast members, not only because we wanted to help everyone, but also because we had to find a balance between English and Western riders, between groundwork and mounted work, and represent a variety of breeds and find topics that were both relevant and unique.

About a month before each shoot, we would review the applications and assign them a rating of 1, 2 or 3. A one rating was either a subject we’d been hoping for or a common horse challenge that would be easy to address within the time constraints of a half-hour episode. If a male or a youth rider applied, they were automatically rated a one. In more than one case, the man’s application had actually been submitted the wife, without his knowledge. A teenage boy once applied without his parent’s consent; fortunately, his mother was a good sport (she found out about it the day before) and agreed to haul his horse cross-country and allowed him to miss school to attend the shoot.

Twos were subjects we could use in a pinch (if we didn’t have enough ones), but they were often complicated topics that would be difficult to resolve in one episode; or redundant subjects (how many times could we make an episode on how to get the correct lead at the canter?). Threes were basically subjects we didn’t want to touch with a ten-foot pole; subjects that were too outlandish for the average horse owner to relate to, or behavior that was extreme and/or dangerous. We did not want to offer solutions that required a disclaimer, “Do not attempt these techniques at home.” It was always our intention to provide useful, relevant horse training techniques that were also safe to employ and would benefit the average horse owner and horse.

The Horse Master with Julie Goodnight video library of eleven seasons and 260 episodes, is available on-demand at TV.juliegoodnight.com. It offers practical horse training, handling and riding techniques and useful information for horse owners, searchable by keywords. Believe it or not, as I read through the extensive list of episodes, I can remember each one—the horse, the subject (which was often not the subject we planned for) and the person.

Certainly, some horses were more memorable than others—maybe because it bit or bucked or bolted. Maybe because it was painfully misunderstood and needed an intervention; or maybe it was a clever horse that was duping its owner. Of the 260 episodes, a couple dozen really stand out in my mind. I can remember the details like it was yesterday—where we were, the time of day, the horse’s reaction or the person’s epiphany.

In my last blog (February 2019), I wrote about the top three episodes that stood out most in my memory from over a decade of making TV shows about horse training. It was the horses I remember most—the Thoroughbred that bolted, the beautiful black mare that had a breakthrough, and the regal but defiant Morgan. I remember every horse that was in the show, especially the ones that challenged my skills as a trainer and the ones that taught me important lessons. If I made a Top Ten list of Horse Master episodes, I would definitely include these episodes.

Season 2, Episode 1 (201), “Wave Runner”
We shot this episode on the beach of Martha’s Vineyard, where the movie “Jaws” was filmed—that alone was enough to make it memorable. We arrived before the sun came up and shot while the beaches were still empty. The horse was a big pinto Warmblood, a 3-day event horse that struggled with water jumps. Our thinking was that if we could get him in the ocean, we could probably get him around a cross country jump course. Since the owner had a broken collar bone, all the riding was left to me (yippee!). It took me almost an hour to get the horse into the surf and it was a wild and wet ride, but a lot of fun! To this day, this episode (recorded in 2008) still gets more comments than any other.

Season 3, Episode 1 (301) “Can’t Make Me”
Recorded at my ranch in Colorado, this horse stands out in my memory because I really had no idea if I would be successful overcoming the challenge. The issue was the mare’s refusal to step on a tarp. The owner was training her for trail obstacle competition, but there were certain obstacles the mare refused to attempt. The owner had recently attended a five-day trail obstacle clinic with a highly respected clinician, who also happens to be a good friend of mine. I have a lot of respect for this guy’s skill, so it was intimidating to find out that in the entire five-day clinic, they never once got the mare on the tarp, ultimately giving up. These were not promising odds for me and every time they had attempted to cross a tarp and failed, the mare had become more set in her refusal. I got on the horse late in the afternoon and it was nearly dark when she finally gave in and walked quietly across the tarp. I used the classic technique, “make the right thing easy and the wrong thing hard,” working her hard anytime she backed away from the tarp and only letting her rest when she was near or on the tarp. It was a case of being patient, staying the course and waiting for the mare to come to the right conclusion, which she did, right before dark.

Season 9, Episode 17 (917) “Betty Lou Knew”
Recorded in Tucson AZ, at the White Stallion Ranch (one of our favorite shoot locations), this was one of only two mules we ever featured in Horse Master, but keep in mind that every mule owner that applied, got on the show. Did you ever hear of a mule kick? You can see it in real-life action in this episode. It was supposed to be about bad ground manners, but this mule took one look at the cameras and the set, and suddenly she had perfect ground manners. Moving on to plan B for a topic, the owner said she was also tough to saddle, so we decided to tackle that subject. “Tough to saddle” may have been an understatement, since it was more like taking your life into your hands. Although she kicked like a mule, she never once made contact and her kicks were highly calculated to warn but not hit—you can see that very clearly in the video. Turns out Betty Lou was quite clever, as most mules are, but all it took was a little scolding to make her see the error of her ways.

Season 9, Episode 23 (923) “Back on Board”
During the course of producing Horse Master, we did many episodes with “spoiled” horses that had learned to act poorly due to improper handling. In many instances, these are perfectly well-trained horses whose behavior has deteriorated to the point that they are unpleasant, if not downright dangerous. This was a clever, but spoiled palomino who walked all over his young owner and basically did whatever he wanted, whenever he wanted. When it came time to load in a trailer, this horse knew every avoidance trick in the book, most of which can be seen on the video. As the owner tried to approach the trailer, the horse managed to drag her all the way around the truck and trailer twice—not once getting even close to the door. It didn’t take much to retrain this horse—he knew perfectly well how to load in a trailer. As usual, the bigger challenge was in retraining the owner.

Horse Master with Julie Goodnight is a body of work of which I am quite proud. We amassed a significant volume of content that offers practical horse training, handling and riding techniques. As searchable, streaming on-demand content available at TV.juliegoodnight.com, it will continue to help horses and horse people all over the world, for many years to come. Horse Master is currently airing on broadcast TV in many European countries, Australia and Canada (on Horse & Country TV), while work is underway to dub it into Spanish and Portuguese, to air in many Latin markets. This content will live on for some time, helping horses, one human at a time.

Meanwhile, work has begun on our new TV series, Horse Life with Julie Goodnight, which is a one-hour unscripted lifestyle/adventure series, featuring multiple storylines about fascinating characters and intriguing issues, in places where horses are deeply entrenched in the culture. The pilot episode, Horse Life—Colorado, is scheduled for release this spring, and will be airing in many USA and international markets this summer.

Get a Handle on Your Reins

Too Hot to Trot