Before the horsemanship clinic even started, I could see the bad dynamic between the horse and his owner. The big brown gelding was agitated and acting aggressively toward his owner, a middle-aged woman, who was clearly scared, angry and frustrated with the horse. As I started the first groundwork session of the clinic, I could see nothing but animosity and disdain from the horse.

This was a big, dominant horse, who was obviously disapproving of the woman’s attempts at leadership. He pinned his ears and gestured with his teeth in a threat to bite as she led him; swishing his tail, he leaned his hip toward the woman in a kick threat when she tried to move him out of her space; when she jerked the lead rope to make him stand still, he was prepared to strike at her. He was so agitated that standing still and relaxed seemed impossible. The more his owner tried to make him stand and obey her authority, the more agitated, aggressive and fidgety he became.

On the woman’s part, she was repeatedly jerking the lead, in a punishing manner, with no release of pressure and no clear rhyme or reason as to what behavior she was correcting. She was highly emotional with a confusing blend of anger, fear and frustration. As she became the center of attention for everyone watching the clinic, she became increasingly embarrassed at the behavior of her horse, which in turn led to more punishment bordering on retribution. To be fair, the horse was aggressive, so I could understand her emotionality, but I could not place the blame on the horse.

Things were going downhill at the moment I took the horse from her. Armed with a rope halter, a 15’ training lead and a short heavy stick, I call the “Boundary Stick,” I kept a safe distance from the horse, as I asked him to stand quietly by simply facing him and loosening the lead. When he moved without my authorization, I bumped the rope once and calmly said, “Whoa.” I won’t say the horse instantly became a perfect angel, but I will say that within moments he was standing perfectly still and beginning to let go of his aggressiveness and animosity. At least, with me.

“Emotionality has no place in the training of a horse,” said Dr. Jim Heird, Texas A&M professor and current President of AQHA. I first heard these words from Dr. Heird about 20 years ago and have repeated them hundreds of times since, to my students. And furthermore, he said, it doesn’t take a rocket scientist to look at someone working with a horse and they are in control of their emotions. In the case of the big, brown gelding and his human, the emotions on both sides were off the chart.

The making of a perfect horse begins with having control of your emotions—and for some, that starts with owning your emotions; knowing what you are feeling and why. While horses are fast learners and thrive on structure and discipline, punishment is not an effective training tool with horses. However, when offered a fair balance of praise and reprimand (without punishment), when a correction and release of pressure is timely and when you employ replacement training instead of trying to extinguish an undesirable behavior through punishment, horses become cooperative and willing very fast.

To me, there’s a difference in correction and punishment. I think of a correction as an immediate clarification for the horse that his response or action was the wrong answer. It is not punitive in nature. Horses live in the moment; humans tend to dwell in the past and in the future, forsaking the present. When I make a correction, let’s say because the horse stepped in front of me or crowded me while leading, it will be immediate and with enough pressure to impact the horse’s behavior and motivate change. However, it will be one bump of the led or one tap with the stick; it will be over with as fast as it began, and we will carry on with the task at hand. One and done. 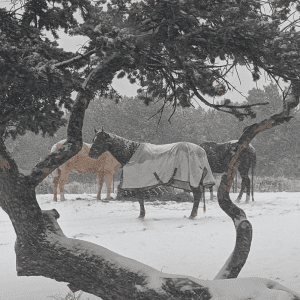 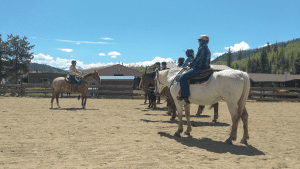 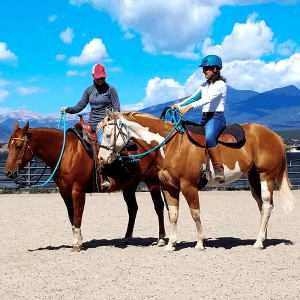