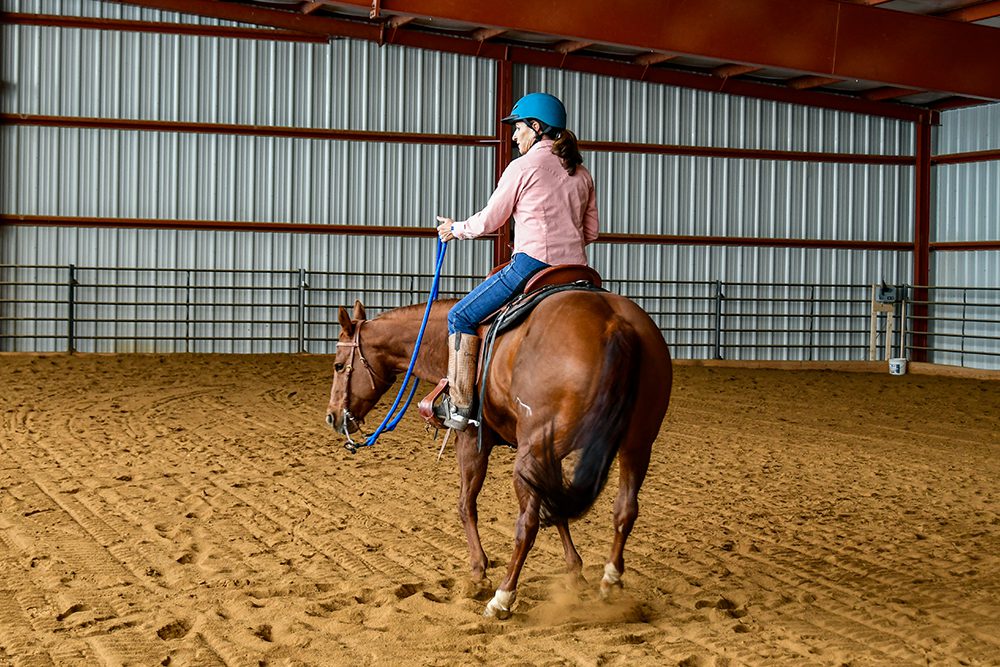 Many of the questions I get start with a sentiment like this: “My horse used to do this well, but now he won’t,” or, “My horse was really responsive when I first got him, and now he ignores me.” A common denominator is that the horse was well-behaved initially, but its behavior has deteriorated over time. In all instances, we must rule out pain first. After you have worked with your vet to rule that out, the gradual decline of responsiveness and willingness in the horse could be attributed to a training problem.

Even the most well-trained horse will occasionally misbehave—usually in minor ways that make its life a little easier, or gets it closer to what it wants. With a trained horse, letting disobedient actions go unchecked and unacknowledged often leads to worse behaviors.

Common disobediences—like cutting corners, slowing down at the gate, breaking gait, pulling toward the barn, coming off the rail, ignoring a go cue, and refusing to do what is asked—are often ignored by the rider, or handled inappropriately, leading to greater disobedience in the future.

In theory, humans are smarter than horses. We have a more highly evolved brain and abilities the horse lacks, like the ability to think in the future, use linear reasoning (putting multiple thoughts together to predict a certain outcome), problem solve, do math, and use complex language. Given these abilities, it’s surprising to me how often horses outsmart people.

Horses are quite clever when it comes to probing boundaries, manipulating others, and getting what they want. Beyond everything else, horses seek out safety and comfort—these are their greatest motivators, and usually at the root of their behavior. They are masters of subtlety, gently testing boundaries to find openings. When their smaller misdeeds go unnoticed or unchecked, the horse naturally begins to take advantage of the unaware rider.

Riding horses are trained from day one to maintain direction and speed, as dictated by the rider. In other words, we train horses to stay on a certain path or at a specific speed until told by the rider to change directions or change speeds. When a trained horse slows down, speeds up, or changes course without a cue from the rider, it is considered a disobedience.

These kinds of small disobediences are quite common in riding horses, and you cannot blame a horse for trying. But what always surprises me, is how often riders seem completely unaware of the horse’s small disobediences until it turns into a big one.

While horses are quite clever at manipulation, they do tend to deploy the same tactics, in the same place, with great predictability. For instance, if you have a problem with a horse coming off the rail in the arena, it generally does the same thing, in the same place, every time you go around. Remember, humans are smarter than horses, so it shouldn’t be too hard to predict what will happen next time you go around. 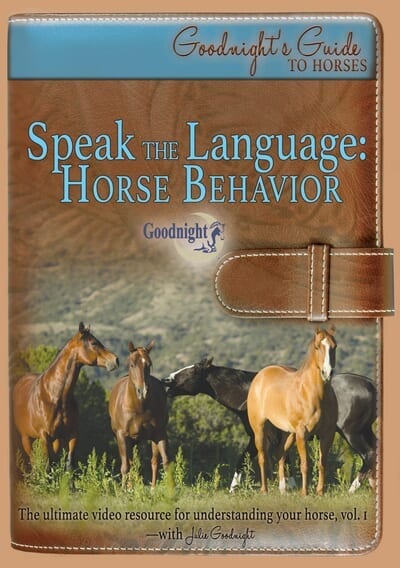 Speak the Language: Horse BehaviorThe Ultimate Resource for Understanding your Horse
Learn the unique characteristics of a horse’s natural behavior so you are safer, more effective and can better relate to the needs of your horse.
Get Your Video

It Starts with Awareness

The keys to not being manipulated by a horse or losing your authority, are to simply be aware of the horse’s actions and motivations, think ahead of the horse, and acknowledge its disobedient behavior. This shouldn’t be too hard when the horse’s misdeeds are predictable.

The first key is to simply be aware of the horse’s actions. Riders are often so caught up in themselves that they fail to notice when a horse manipulates them. But the horse always knows and will probe its boundaries gently, until it gets a reaction from the rider. The sooner the reaction comes, the faster the horse learns that the rider cannot be manipulated. 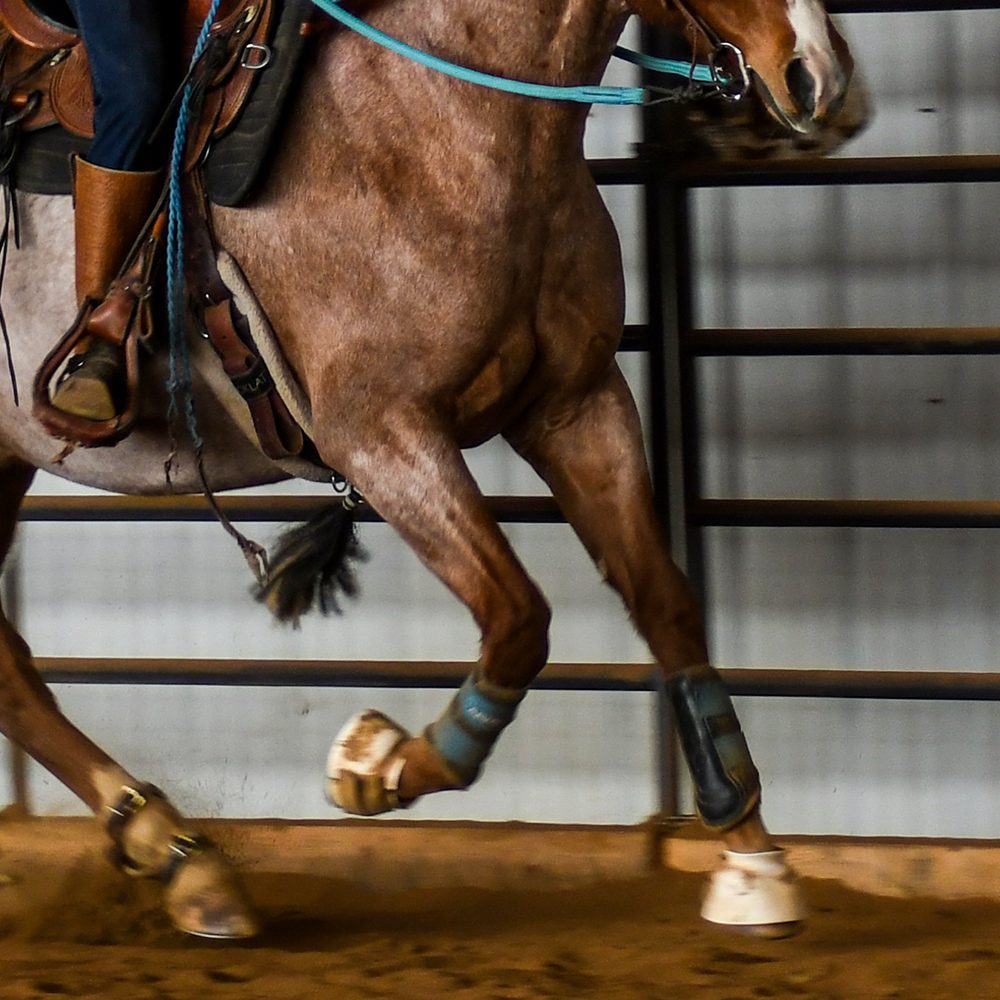 One of the most common examples of a lack of awareness in the rider, occurs when a horse breaks gait or changes speed, unauthorized by the rider. Let’s say the rider has asked the horse to canter in the arena, and when they canter by the gate, the horse slows down and breaks into a trot. In most instances, the rider simply re-cues the horse to canter.

When the rider simply carries on, as if nothing happened, the horse learns that either the rider is unaware of its tactics or that the rider condones breaking gait. Either way, the horse benefits from the momentary rest and its disobedience is reinforced. If there was no admonishment, how would the horse know it did something wrong? If the rider doesn’t seem to know that breaking gait was contrary to what the horse was previously trained, it believes new rules apply.

On the other hand, if the rider scolds the horse for breaking gait, puts it immediately back to canter, perhaps making it canter a little harder, and then thinks ahead of the horse the next time around, driving it more forward before it has a chance to break gait, the horse learns its tactics won’t work and that the rider has authority.

Tools for the Proactive Rider

Already armed with a greater awareness of the horse’s actions and motivations (e.g., to rest or to get closer to the herd), the proactive rider has many tools to redirect the horse’s behavior and assume the leadership role.

Again, before you move on to treating disobedience as a training issue, be sure to rule out pain as the cause first.

Because horses tend to misbehave in very predictable ways, like cutting the corners at the far end of the arena, it should be easy to think ahead of them. If the horse did it last time around, it’s likely to do it again. Therefore, being proactive and checking in with the horse before it deploys the tactic, letting the horse know you are thinking about it and prepared for it, is often enough to eliminate the behavior entirely.

Specific skills for the rider to deploy include using all your aids to ride the horse forward—drive the horse with your seat and legs and redirect the horse with the reins. Looking where you expect the horse to go is a simple way to show your determination and confidence. Driving the horse more forward before you get to the spot that the horse breaks gait or diverts direction, is a proactive measure that tells the horse you are aware.

The “blocking rein” is a highly effective tool to use before the horse veers direction. The blocking rein is a warning to the horse that you know what it is thinking about and that veering off the path will not be tolerated. 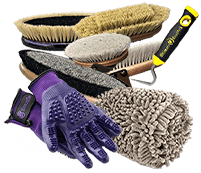 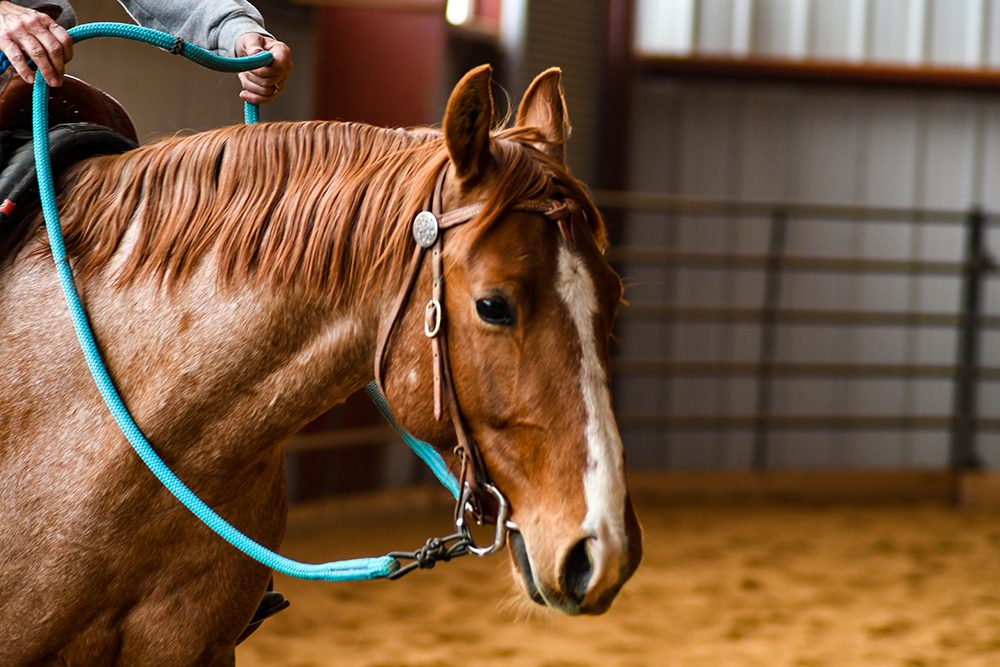 The blocking rein is applied by simply lifting the inside rein and closing it against the horse’s neck. The blocking rein is not a pull on the rein, but rather a motion of the rider’s hand that closes the door to that direction. If you are going around the arena to the left, and your horse is trying to veer to the left, your left rein is the blocking rein. Before you get to the spot where you know the horse will veer, simply reach forward, and close the rein against the neck. Be very careful not to pull on the rein, which would ask the horse to turn left—the way it wants to go.

The blocking rein is a proactive measure, used before the horse veers course, to warn the horse that further actions will be taken if it changes course. In many cases, this simple action alone will dissuade the horse because it learns that you are aware, you know what it is thinking and that you will take additional measures if needed. Horses don’t like to get in trouble, so a warning can be highly effective in this case.

The most important and effective tool you have for changing behavior in the horse is a release of pressure at the right time. Horses always seek a release of pressure, both mental and physical. Releasing a horse from the pressure of a cue or from an activity, the instant it responds, is the most powerful reward you can give.

Releasing at the wrong moment, while the horse is displaying undesirable behavior, rewards the horse too, but for the wrong thing. If a horse ignores a cue, so you stop giving the cue, the horse is rewarded for ignoring your cues. Sometimes people release the horse from pressure without even knowing it, inadvertently rewarding the horse.

It’s easy to make mistakes with horses and because they are such lightning-fast learners, even one mistake by the rider can develop a bad habit in the horse. Our temptation to blame the horse is huge, even though the horse is simply reacting to the rider.

Learning to think ahead of the horse, to understand its motivations and intentions, and to become aware of its subtle attempts to manipulate the rider, will automatically give you more authority and control over the horse. Horses seek out authority because it makes them feel safe, so being an aware and consistent rider makes you appealing to the horse.

Using your aids effectively to proactively ride the horse through a problem, warning the horse ahead of time that you are aware and intend to take action, and riding with determination and confidence through a sticky spot puts you in the driver’s seat and displays leadership to the horse. 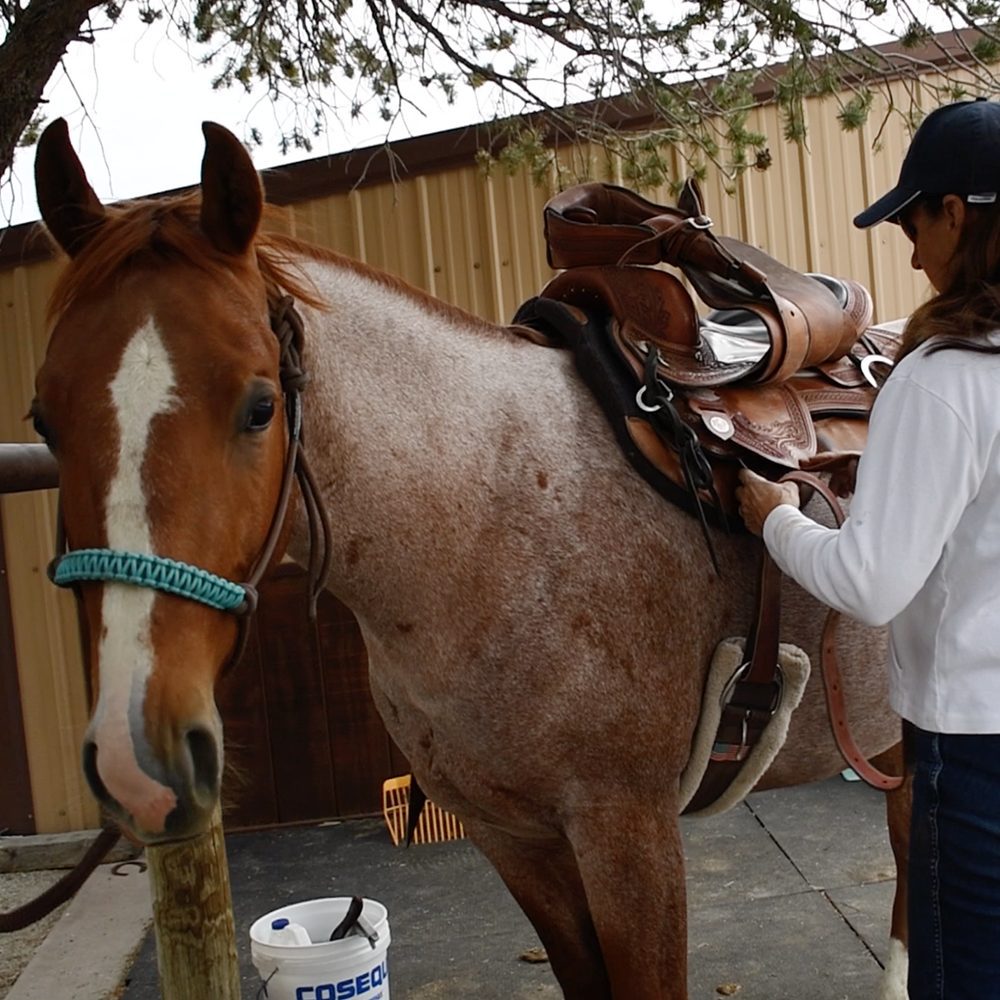 Back to Basics: Part 2, Square-One in the Riding Arena 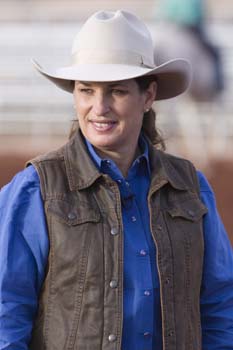